Just starting out, so this is the "catch all" for anything Fallout 76 related that doesn't get a forum section of its own. Feel free to suggest new sections, etc. We'll figure this out as we go.
Post Reply
3 posts • Page 1 of 1

I'm pretty new to FO76, having only played FO4 previously. I'm currently Level 42, and I'm a bit stuck with what weapon to go with. I like using Power Armour so I tend to use heavy guns, anything else looks puny in the hands of a dude in massive Power Armour! I've recently been using the Gatling Laser which I'm enjoying (and it looks cool) - but I've seen some mention of it not being that great an option so I don't want to invest in mods etc if it's less viable long term. There doesn't seem to be a consensus best option from what I can tell by googling etc, so was after some advice, help appreciated!
Top 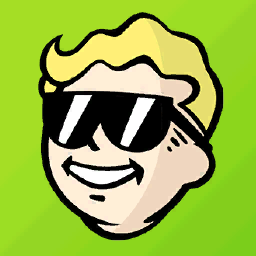 welcome to the site btw!

Heavy weapons its all about the DPS, damage per second. I have an vampires ultracite gat laser, and I honestly don't use it any more now that I have a few other decent vampire weapons, mainly my gat plasma, and when I'm doing my commando build, my gat 10mm smg...

... something like an explosive .50, or a gat plasma would be better than the gat laser tbh. All you can do is compare the damage x fire rate to give you an estimated DPS. Figure in reload times as well. So a quad will not require reloading as often.

steer clear of Instigating, or other leg. effects that only affect the first (or last) shot. For a heavy or repeating weapon its useless. Go with a Furious instead.

For now just run it until you find something better. That's all you can really do anyway. Good Luck!
ripptech labs | forum geeks | Starfield Forum
Top

The highest possible legitimate DPS for a heavy weapon (tested and documented on youtube by AngryTurtle) is the flamer. Specifically a 2 (or 3 star) Bloodied Flamer. The first star being bloodied (obviously). The second star attribute you would be looking for is 25% faster fire rate. The third star doesn't matter as much, but 90% reduced weight is always nice. Of couse this would require you to play a bloodied PA build to take advantage of it. When set up correctly, this thing MELTS everything.

The mods you would want to put on it are as follows:
Huge tank
Napalmer
Long barrel
Vaporization nozzel

Unfortunately, the vaporization nozzel suffers from a bug that gives it a crippling issue with range. Anytime you log on or swap to a different server, you would need to go to a weapon bench and change the long barrel to a short barrel and then back again. This fixes the flamer for the session.
Top
Post Reply
3 posts • Page 1 of 1

Fallout76Forum.com is a participant in the Amazon Services LLC Associates Program, an affiliate advertising program designed to provide a means for sites to earn advertising fees by advertising and linking to amazon.com. Amazon, the Amazon logo, AmazonSupply, and the AmazonSupply logo are trademarks of Amazon.com, Inc. or its affiliates.

Fallout76Forum.com is NOT associated with or representing Bethesda Game Studios, Zenimax, Microsoft, Sony, or any other entity officially associated with the Fallout 76 video game property in any way.